In this Live with Lisa: Candid Conversations Series, I interviewed Ellen Graham as we reviewed the topic: Freedom of Speech.

I know that I am not alone when I say I am craving REAL conversations. Conversations that are real, raw and brave. Please join me for "Live with Lisa." I'll be talking to some of my favorite people about: Addiction, Advocacy, Anxiety, Beauty, Business, Faith, Leadership, Loss, Parenting and much more!

Ellen Graham is a Colorado native, mother of two sons, and a long time Denver resident with a recent move to Douglas County.  She is a National Marketing Director for the Juice Plus Company and a Media Strategist for Salem Media, which broadcasts Newstalk and Christian radio.  She is active at Southeast Christian Church, Parker Republicans and is the host of The Mom Who's Had It podcast taking on politics and culture from her unique point of view. 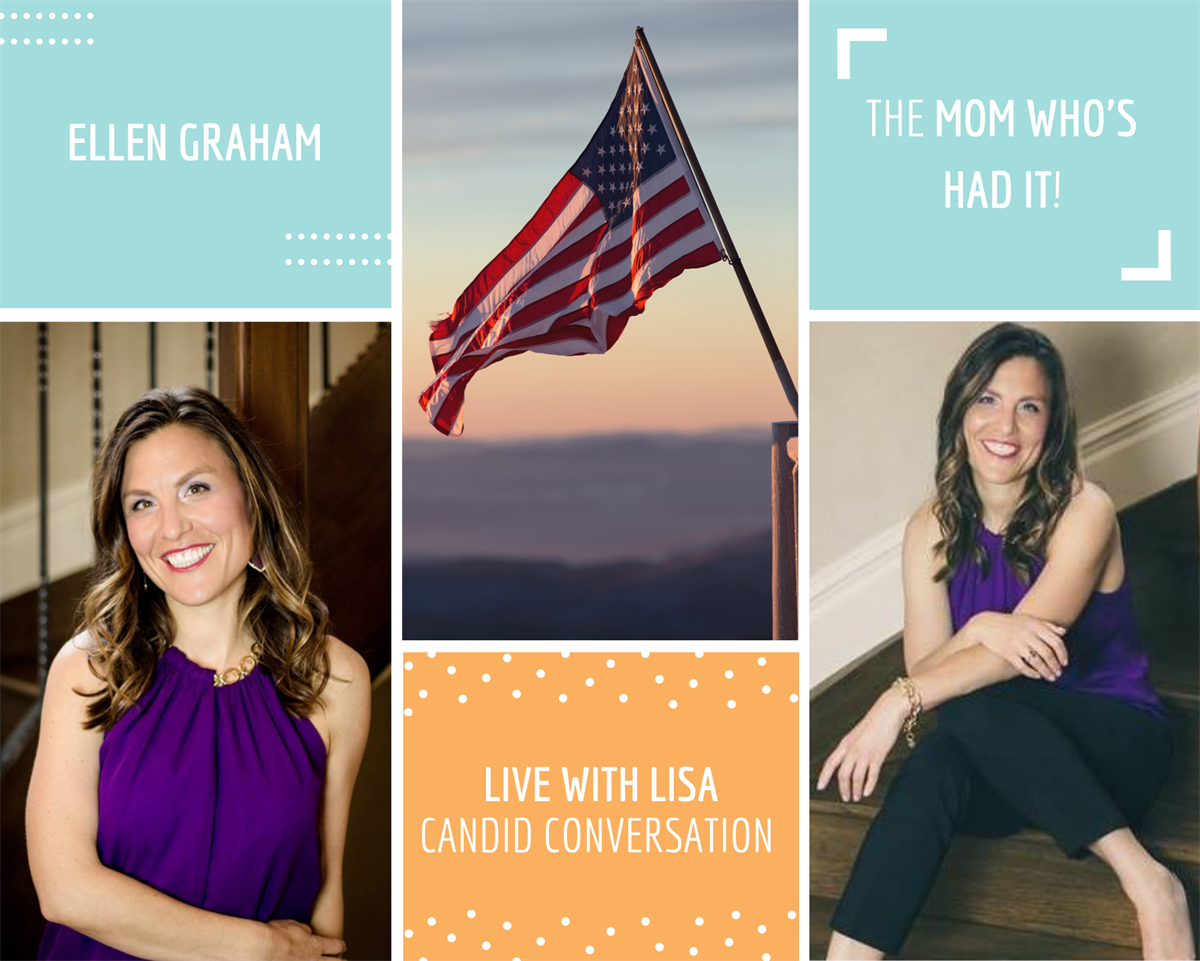 Lisa:  I wanted to interview you about Freedom of Speech because I think you are so brave and courageous with your voice. I read somewhere that “Freedom of Speech is a principle that supports the freedom of an individual or Community to articulate their opinions and ideas without fear of retaliation.”  You don’t seem to have that fear.

Ellen:  It is not necessarily that I don't fear retaliation, I just don’t let the fear stop me.  We are really called to be courageous and courage is an important aspect of character to develop how we are doing in the world.  It’s Interesting when you go around the globe and you see all different Types of governments.  There are plenty of places and countries where you do not have freedom of speech and you can be imprisoned or lose your life without going along with whatever is the directive there. We have a lot of countries that look to the United States to sort of hold up that torch of freedom and that freedom of speech, which is so fundamental.  When we hold ourselves up to that standard, we set the bar at a place that the entire world strives to. Are we struggling with that?  Absolutely.

Lisa:  How do you think we are doing in each of these areas?

Lisa:  “Freedom of Speech is a fundamental human right. It reinforces all other human rights, allowing society to develop and progress. The ability to express our opinion and speak freely is essential to bring about change in our society.”  Why do you think freedom of speech is so important?

Ellen:  Freedom of Speech is the fundamental of a free society.  If you cannot voice your thoughts, feelings, opinions, and that is taken away/in the polls, you will have communism.  That is why our founding fathers wrote the constitution and bill of rights the way that they did.  I thinks what Americans need to remember now is that, yes, you need to fight to voice your voice. You also need to fight for the voice that you disagree with.

Lisa:  How do you promote Freedom of Speech with your kids?

Ellen:  In this P.C. culture we have silenced our kids.  We inadvertently silenced our kids.  That is why we have a lot of kids that can't stand having their feelings hurt, they are afraid of everything, and they need to toughen up.  When it comes to my kids, we have a lot of discussions about the big, juicy stuff. Faith, politics, all of these cultural issues. We listen to talk radio and I ask my kids what they think. The key thing for me is I want my kids to be critical thinkers.  I don't need to create little clones that talk and think like me.  I need them to be critical thinkers.  I need them to take an issue, pull it a part, walk around it a few times, chew on it, think of it from different angles, Feel empathy for the position that is the opposite of their own, and yet be able to stay strong in their convictions.

Learn More about Lisa and our team here: